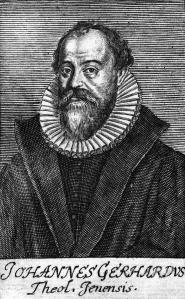 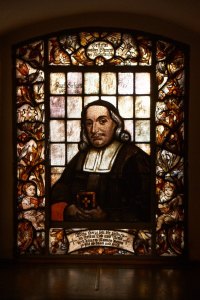 Two men.  Two great confessors of the Christian faith.  One letter dividing them.

Johann Gerhard (1582-1637) and Paul Gerhardt (1607-1676) are both well-known in Lutheran circles for their work as a theologian and apologist and as a hymnwriter, respectively.  The aim of the AudioGerhard/t Podcast Project is to provide free audio recordings of public-domain English versions of Gerhard and Gerhardt’s works to others who may not be acquainted with them, specifically Gerhard’s devotional Meditationes Sacrae (“Sacred Meditations”) and Gerhardt’s hymns (published as Paul Gerhardt’s Spiritual Songs in 1867) with MP3 recordings of the Meditationes and hymns posted on a regular basis for streaming and download.  The desire to share the works of these two men comes out of my own interest in their work, and I hope to expand the AudioGerhard/t Podcast in future to include other Lutheran and Christian theologians and authors from the 16th and 17th Centuries (e.g., the English poet and priest, George Herbert) for the edification and enjoyment of the public.

2 thoughts on “The AudioGerhard/t Podcast Project”