Melanchthon, by Lucas Cranach the Younger

Today marks the birth of the early Lutheran confessor, Philipp Melanchthon (1497-1560).  In his A Year With the Church Fathers, Scott R. Murray describes him thus:

Philipp Melanchthon (1497-1560) was a brilliant student of the classics and a humanist scholar.  In 1518, he was appointed to teach along with Martin Luther at the University of Wittenberg.  At Luther’s urging, Melancththon began teaching theology and Scripture in addition to his courses in classical studies.

In April 1530, Emperor Charles V called an official meeting between the representatives of Lutheranism and Roman Catholicism, hopping to effect a meeting of minds between two opposing groups.  Since Luther was at that time under papal excommunication and an imperial ban, Melanchthon was assigned the duty of being the chief Lutheran representative at this meeting.  He is especially remembered and honored as the author of the Augsburg Confession, which was officially presented by the German princes to the emperor on June 25, 1530, as the defining document of Lutheranism within Christendom.  Melanchthon died on April 19, 1560.[1]

Melanchthon also has the unfortunate distinction of having originated the Philippist party in early Lutheranism, which, as opposed to the Gnesio-Lutherans, had seemingly embraced a number of Calvinistic beliefs and tendencies that Melanchthon came to hold in his later life (notably, Melanchthon had come to disagree with Luther’s views on good works and had forwarded a synergistic view, see the Synergistic Controversy).  His embracing of these other ideas led him to revise previous writings, most notably the Augsburg Confession, to be more in-line with them.  These views were eventually rejected in the Formula of Concord (FC I & II), and the Lutheran Church would adopt the “unaltered” Augsburg Confession as a confessional document.

Regardless, despite his theological shifts later in life, Melanchthon still had a valuable and indelible impact on the Lutheran Church and the Reformation. 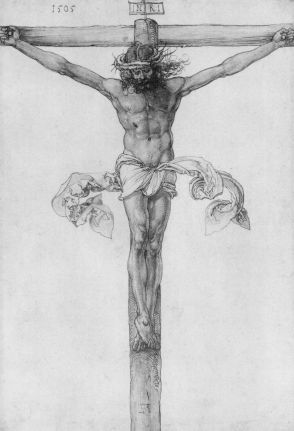 
*”Lobe den Herren” is licensed for non-commercial use under a Creative Commons Attribution-Noncommercial 2.5 License for the University of California, Santa Barbara Library.